This is just one of those ideas from my notebook that never developed beyond it's infancy. 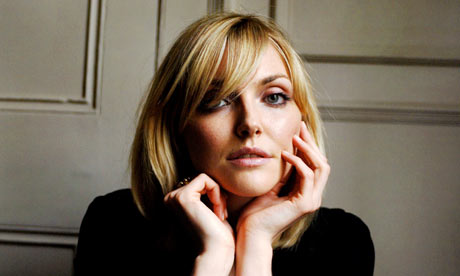 ...And this is Sophie Dahl the face that inspired the thought, for she seems to me the sort of woman who knows better.

She had been the fifth girl in as many months who had come to declare her delight at meeting her mother’s favourite professor and she, like the others had not resembled in anyway, the girls their mothers had been. There was no warm innocence and wide-eyed naivety in these young women as there had been in their mothers' before them.

These girls bore the mark of the weary cynics that the relationships with men from his era should have left on their mothers but instead pasted on to their daughters making them impervious to the kind of charms he issued. They were wise with knowing in away their mother could never be. They summed him up on sight, could see his weakness and humoured him the way one does a fellow victim of the same affliction.

Then before she left, she handed him a card and said, “Call my mother and tell her you think of her from time to time. It will free her from believing she is without weight.”

Yes, he had a hand in the making of these young women. He sees that now. In fact, he saw it a while ago but did nothing about it and will not do anything about it today. He put the card with the other names and numbers left by the other daughters who came on behalf of mothers who had long ago lost their voices sucking his cock... trying to reach his heart.

Rejoice for it is the weekend and I wish you well,
Simone
Posted by The romantic query letter and the happy-ever-after at 00:14