The October Blog Chain on Autumn and Other Matters

There is a moment in Sydney Pollack’s 'Three Days of the Condor’ when Robert Redford’s character, after looking at the photographs taken by the woman played by Faye Dunaway, describes them as ‘empty November.’ It exactly defines my sentiment of autumn.

Particularly here in Canada, where November is indeed rife with empty park benches and naked trees. This is the inspiration for my little fiction. 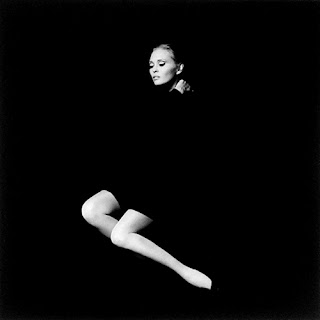 A Bittersweet November
A lawyer works most days out of a pastry shop at the end of a trendy cosmopolitan strip, infested with single dog owners, organic juice bars and take-your-baby-to-yoga boutique classes just steps away. Yes, it sounded more like the setting for a Zach Helm film than Marianne’s new life, but she had fall in love there.

She was made partner at thirty for a firm as old and established as crime thanks to her moral flexibility, well that and she was genius at clocking billable hours. Even so, Nicholas had married an angelic nurse who did not understand why anyone would want to wakeup at dawn to run seven miles.

Oh, that had really burned Marianne. She liked running and there was a time when Nicholas had liked it about her too. He used to admire her discipline and the lean slender body her running allowed her. In those days he could not get enough of her, which was just as well for he had been her drug, her one indulgence.


Then he had announced, as if he did not think it would bother her, that he had ran into Nurse Olivia while out with his mother and that they had gone to high school together until her family moved to Vancouver. That she was now alone in Toronto and his mom had invited her to join them for thanksgiving dinner.
The thing of it was that Marianne had thought, the instant she saw Olivia with her perfect hourglass figure and soft brown eyes that she was trouble, but it had been Nicholas in his care not to look at the blasted woman that made Marianne know for certain.

He was such an honourable fellow.

He told her after a month of seeing Olivia behind her back, but before they had slept together that, they were in love. Marianne couldn’t believe it. Well, that wasn't quite true. She just figured he would have had a brief and discreet affaire with the insipid little thing, then they would move one with their life.

For Christ’s sake, they had been together five years with him claiming the whole time that he loved her. But he hadn’t asked her to marry him, which she had been fine with for they shared community property. That, as far as she was concerned, was legally binding.

His mother – who never liked her by the way – gave them the money to buy Marianne out and just like that, she was moving from her enviable loft in the Distillery District. It was conveniently downtown Toronto, only a few streetcar stops from where Nicholas peddled his trade as a charming public-relations executive.

Nicholas told her they sold it after the wedding so they could move to Richmond Hill to start a family and be closer to his mom. It worked. She ran into Olivia with Nicky’s mom coming out of the Pottery Barn Kids on Bloor Street. Marianne had been out at Yorkville eating with a few the friends she and Nicky had made together that he had also abandoned for Florence-fucking-Nightingale.

Apparently, she did not like the friends Nicky and Marianne had kept. She kept calling them urbanites but in the way one might say 'conservative-liberal' or 'Jews for Jesus.' You know, mockingly and with contempt.

They had been very nearly rude to her on that brisk November afternoon on Bloor, complimenting her shoes in a way, that hinted at their cost but Marianne did not mind for she worked hard for them. Nurse Olivia had called her elegant with bile in her voice and Marianne damn near pushed her into oncoming traffic.

It had been meant as insult and all who were present knew it. Olivia's use of 'elegant' hinted at the difference between she, the winner of Nicholas’ affections with her warm feminine form, versus tall, chic Marianne with her uptown sensibility.

She was pointing out that she was bountiful spring with her soft curves and round pregnant belly, while poor Marianne was harsh November with her sleek form dressed in pristine cashmere in harsh charcoal no less. It had been badly done of Olivia and even her mother-in-law who did not care for Marianne had glared at her for the cheap shot.

They parted a moment later without further injury and Marianne’s friends with their too-bright smiles and irritatingly watchful eyes took her all the way to an ice-cream parlour in the Beaches. She couldn't enjoy her ice cream with them staring at her as if she was going to step in front of a streetcar so she ditched them.

She pretended to get a phone call, stepped out of the parlour to take it and hid in a cupcake shop just steps away. She spent the rest of that afternoon in the kitchen of that little cupcake shop chatting with the too-handsome chef and owner. He was brilliant, Francophone and made her feel desirable with his long sensual glances.

Later when the shop closed, he made her an omelette for dinner and they danced to Ella Fitzgerald's 'Love Walked In.' Then sometime after midnight, they stepped out into the brisk November air to her waiting taxi. When he kissed her, it was a soft tender kiss that lingered and hinted at possibility.
I follow Lost Wanderer at http://www.lostwanderer5.blogspot.com/ and up next is Angela 785 at http://thebookshelfmuse.blogspot.com/ enjoy the rest of the chain. A complete list of all participants are below.
All my best.
Claire
Posted by The romantic query letter and the happy-ever-after at 15:09